Skip to main content
Posted by Jennilynn and Jeff August 04, 2013

Backpacking Box Lake and Beyond

It got a little hectic on the week of our backpacking trip.  Addie and Jeff got sick Monday, Addie threw up.  Gabrielle threw up from Tuesday into Wednesday.  Joelle was sick Wednesday.  Me?  The thought of being stuck up in the mountains with a stomach bug was pure misery even from my imaginary version (which was realistic of course)  I was continuously washing washing my hands and taking my oils, praying that I wouldn't be sick.  I was planning and packing for the trip.  I was being a mom, working and doing massages, and doTERRA appointments.  Crazy is right.  But, I have been looking forward to this backpacking trip.  It would have taken a lot more to stop me from going.
On Wednesday we decided that we needed to pick an alternate trip since our planned designation was closed down due to the fires.   Thursday morning I dropped the girls off at their wonderful Grandma Garner's house and on the way home... I ran into a curb.  Seriously?!  I don't know how the curb moved into my path but somehow it did.  The second time in a year!  It wasn't just a little hole, but a hole in the sidewall.  Unfortunately the tools I needed were missing so I had to call Jeff for help.  It was so nice when it was finally time to go. 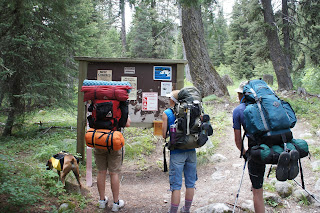 Box Lake Trailhead.  Yes, we read all the signs this time.  The words  "Bear Country" didn't stray too far from my mind. 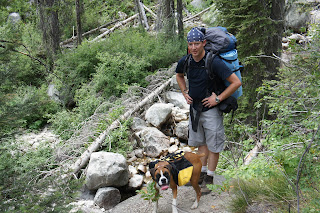 The climb starts out pretty steep.  No chance of a warm up here. 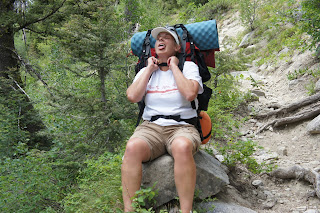 Katrina Merrell.  Her husband is like 6'5", I think he may have been the last person to adjust the pack. 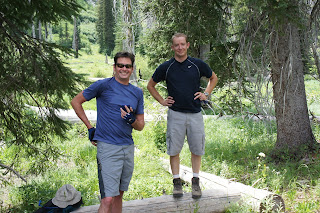 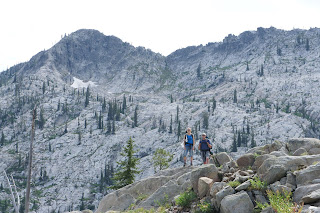 Nice views from this rock 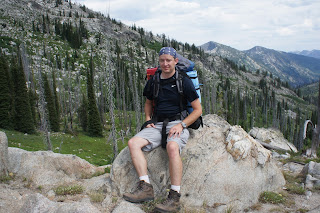 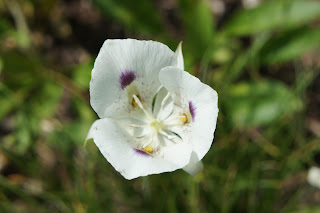 There were a lot of pretty wildflowers along the trail. 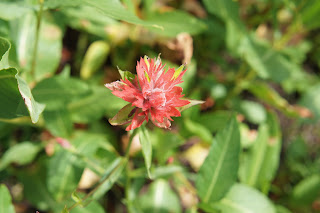 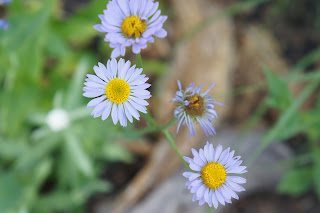 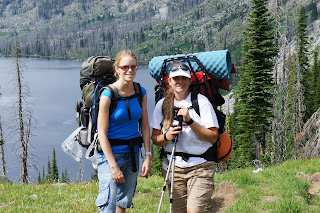 We reached our destination, Box Lake. 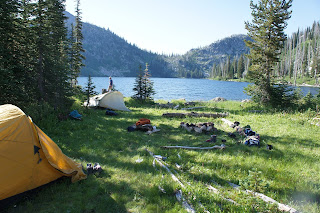 We had the best, the very best campsite!!  No neighbors, campfire, next to the lake, great views. The best! 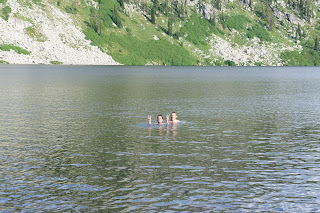 We did some swimming. 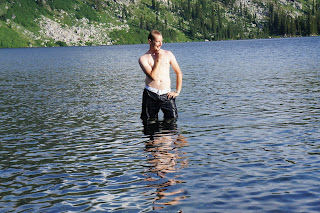 and some modeling...  this is the new ad for Hollister 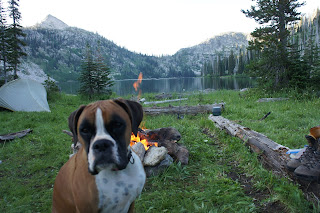 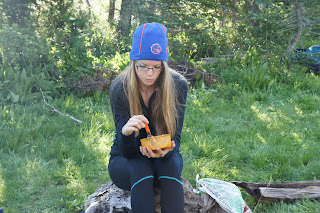 I did not sleep well.  It may have had to do with that "Bear Country" sign or something else. 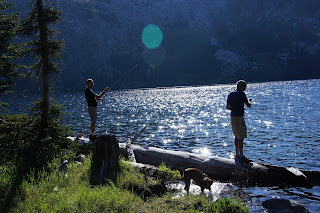 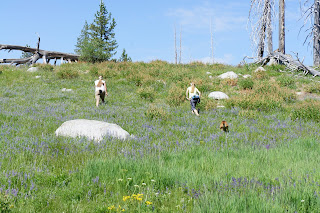 Friday was spent going past sister lakes and beyond. 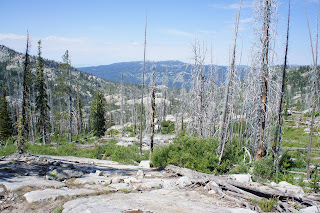 Leisle found a couple of fawns at a creek.  I didn't have my camera handy.  But it was rather cute how she was chasing (more like hopping) after them. 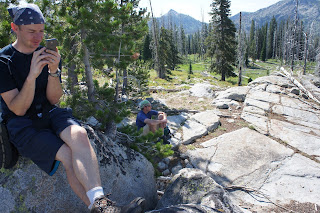 Jeff still can't get away from his phone. 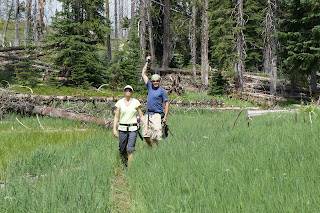 And I was worried about bears? 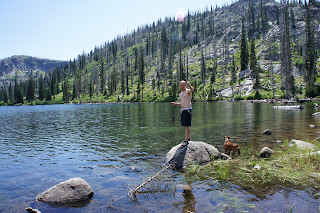 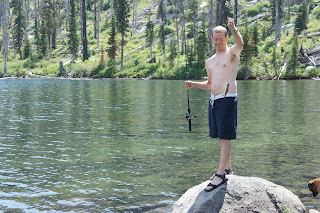 Now he is modeling for the "Field and Stream" with his itty bitty fishy. 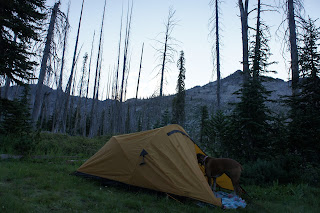 Saturday morning.  I slept superbly well!  I was up early, did some fishing, went for walk, took some pictures. 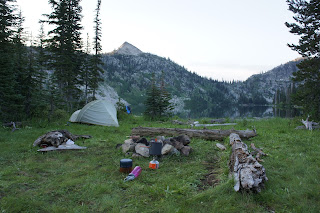 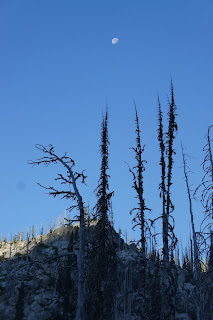 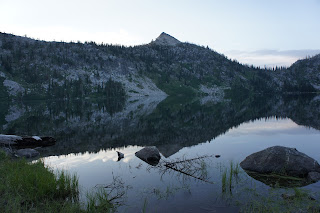 I love how the lake looks in the early morning.  This lake is so clear, it is deceiving how deep it really is. 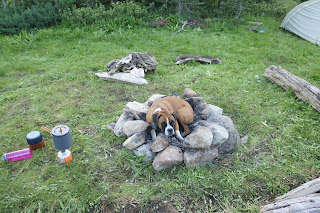 Leisle dug around the ashes before she sat in her warm seat. 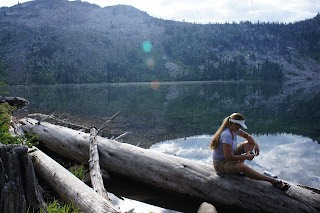 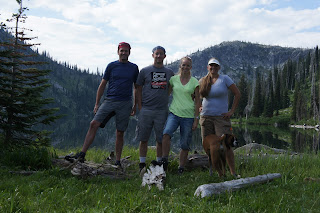 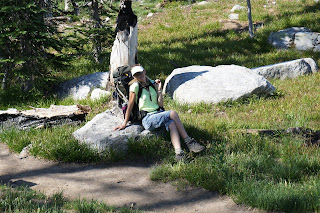