Skip to main content
Posted by Jennilynn and Jeff October 19, 2012

So, some of you may know that I have been out of town doing my Dam job.  Meanwhile Jennilynn has been holding down the fort on her own.  Before I left I tried to make sure that everything regarding maintenance on the house and cars was taken care of.  The problem is you never know what might happen.  I must admit, Jennilynn surprised me on how well she fixed things when things went wrong.  Along with fixing things she also had the opportunity to go up to her parents cabin to cut wood so we can be warm this winter. 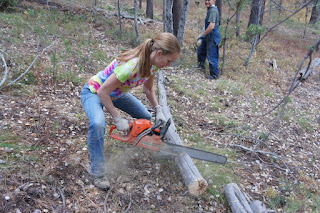 Who doesn't like a women with a chain saw?
I do! 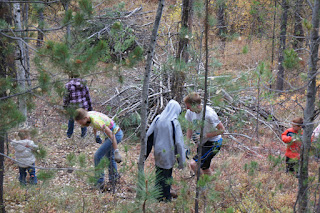 Who likes women in tie dye?
Me! 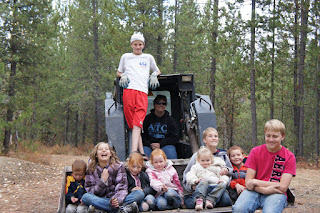 The girls helped a little bit. 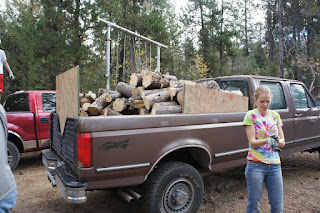 Did you load that up all by yourself?  Wow!  And you figured out the whole dual gas tank thing.

The first fix it job started shortly after I had gone.  I get a text stating that there was water gushing out the bottom of the washer machine.  I thought I knew what the problem was and didn’t think that JL could fix it.  I called Brian and committed him to helping after work.  In the mean time I wanted to find out what the hose size was so I could tell Brian what size of clamp to go get.  I happened on a web site that had a video of how to change a hose on a washer machine.  I sent it to JL thinking that she could show it to Brian when he got there.  I also gave her the option (thinking that she wouldn’t) of tackling the job herself.  Long story short, she ended up taking the washer apart finding the problem, fixing it, and the putting it back together and finishing laundry.
So, we know now that mechanically JL can hold her own, now what about electronics.  Today the Internet went down.  I called cableone and by the time I got off the phone with them JL had fixed the Internet and found a recipe for dinner.
Now this next one was documented with photos and text message's.  So I will explain a bit and show the pictures that JL sent.  I get a text from JL that says, " Busted a tire...Hit a curb," along with this picture.  Yep, that tire is toast.  We don't have a spare, so she is going to have to take off the wheel, take it in and have a new tire put on. 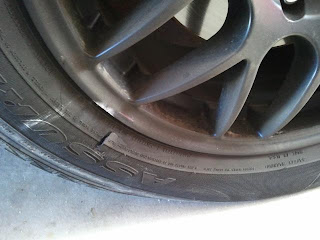 JL: Where are the tools
Jeff: Jack and tools in the back of the van
Jeff: Should have: screw jack, Breaker bar with socket, and lug key for the one lug nut that is different looking
JL: Can't even get the jack out! 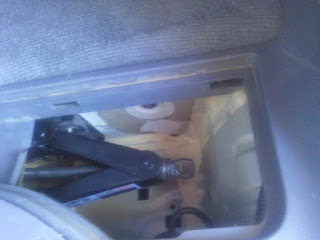 Jeff: You have to unscrew it
Jeff: Lefty loose
JL: I figured it out 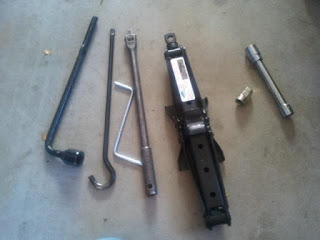 JL: Where does the jack go?
Jeff: There is a spot on the frame just behind the wheel.
JL: There?
﻿ 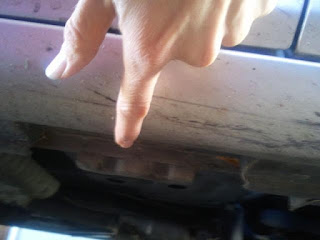 Jeff: Yes
JL: It dents in with it, that normal?
Jeff: Is it on the tab?
Jeff: Not on the painted silver parts
JL: No
Jeff: Might be wise to get the owners manual
JL: That better? 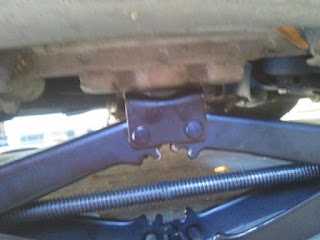 Jeff: Other way.  Turn it 90deg
Jeff: Before you raise the wheel up you need to loosen the lug nuts.
JL: I already got it raised, taking nuts off.
Jeff: Ben is on his way, Your making me nervous
JL: I got it Jeff! 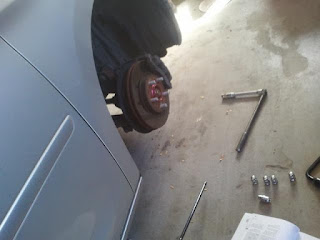 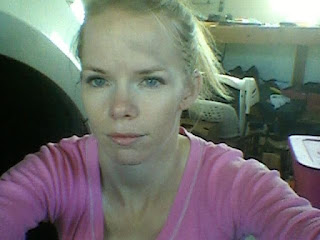 So Ben (a good friend) got to the house and JL had the wheel off already.  I﻿ wonder what she is going to have to fix next time I got out of town?

Deborah Ganrer said…
I think you and Katherine are amazing. You guys think somewhat like my Dad, "You can do anytning if you just try". Great Job!!
October 20, 2012 at 2:05 PM