Skip to main content
Posted by Jennilynn and Jeff May 15, 2011

The Toughest Race in the Northwest!

Robie... Surprisingly it all started with Jeff. One day he says, let's do Robie. I say, do you know what you are saying?

I have been running more seriously since Joelle was born, never a competitive runner. Just in it for the rush and because, I love to do it. Jeff has not ran for a long time, nor has he ever ran long distances before. He does not exercise. So you have to understand why I told Jeff that he most likely will be injured before the race even starts. He still wanted to try it.

I love the idea of running with jeff. We had our little running group, with 3 other men from our ward. We trained up on the the course. It was challenging! I have never ran hills like these before. As the race got closer, Jeff made obvious improvements in his stamina. I was happy that my body was acclimating to the challenges and letting me perform. That is until the injury started. I kept trying to run through my ITB (Illial-tibial band) injury. It was a costly mistake and resulted not being able to run in the race and many days of physical therapy. Jeff on the other hand, the one that I said wouldn't be able to run, he ran! I am so proud of him and him dedicating himself! Way to go Jeff! 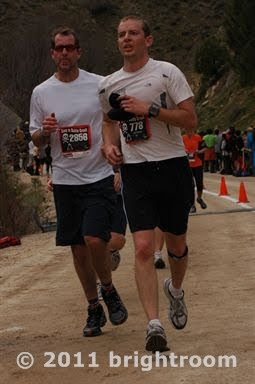 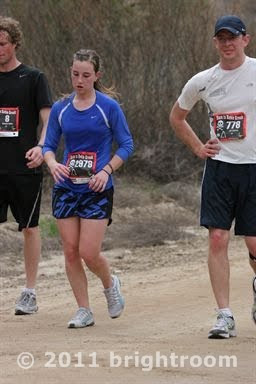