Skip to main content
Posted by Jennilynn and Jeff December 12, 2010

I guess Joelle was feeling left out with Addie having her surgery. I was coming home from the gym and as I walked into the house Joelle was covered with blood. Jeff was trying to hold a rag to her head. Sure enough it was a deep laceration. What happened? She was excited to hear me come home that she slipped and fell into the door way. We took her to the ER across the street. 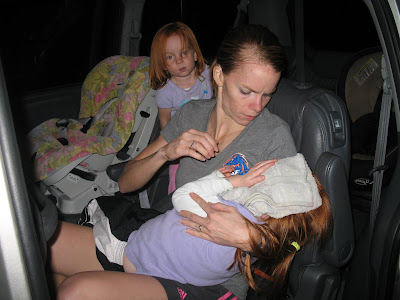 At this point I think she was crying because she found out we were taking her to the hospital. 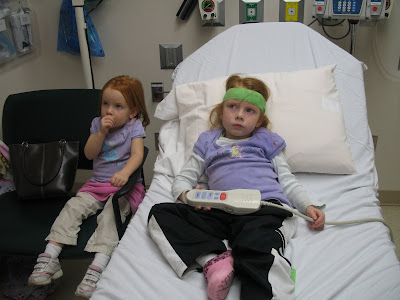 This was after crying episode number 4, she was terrified of the numbing medicine they had put on her. They told her that it would sting just a little, that thought put her to tears. Poor Joelle. 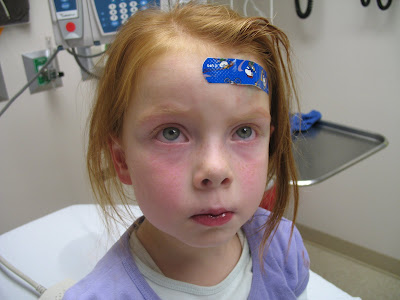 This picture was taken after more crying, fighting with the doctor, and trying to pull at her stitches. They had to restrain her and 3 people had to hold her down while the doctor put sutures in. 7 stitches! People were saying, "oh that must have been so hard for you.." maybe it should have been but I knew she was okay and it usually takes two people just to trim her fingernails.

The Gatherers said…
oh that last picture of her pouting is so cute! So sad she had to get stitches though!
December 13, 2010 at 8:49 PM

(Nicole) The Very Hungry Caterpillar said…
that is so sad, and very dramatic and cute!!! Funny about the fingernails my kids are the same way..... they do not get it does not hurt until you keep moving and I cut them..:(
December 15, 2010 at 11:19 PM