Skip to main content
Posted by Jennilynn and Jeff July 25, 2010
Growing up I used to think that those who rode motorcycle were the bad guys, the rebels. If we saw them in the church parking lot, that was really bad. I am not sure why my perception was that way as a kid. We had scooter dirt bikes that we used up in the mountains. Motorcycles were an entirely different story. As I got older, became a nurse, I saw the other end of the spectrum, victims. They all have their own different stories but at the end results were the same, tragic. This only confirmed my previous belief. Jeff and I have talked about this from time to time. I made a deal with him. You bring home 100K a year and then I will let you buy a motorcycle. Meaning, never! Jeff knows how I feel about them. Poor guy… But then changes started happening. His brothers started buying motorcycles and then I started having a yearning. A yearning! I wanted to ride. I wanted to feel the wind in my hair. ;) An opportunity came up for a free rental, thanks Brian! We went riding through Emmett-Horseshoe Bend loop. I was nervous before going. I was worried that I would end up as a patient in the Brain Injury/Spinal Cord Injury unit at my work. How embarrassing that would be to have your own co-workers taking care of you, touching you and seeing you naked! I had my helmet on super tight. We rode with Tim, Paul, Scott, and Brian. I was actually riding with the gang! They were awesome and fun! I know that this wasn’t my last ride. I love going fast! However, I still have mixed feelings. 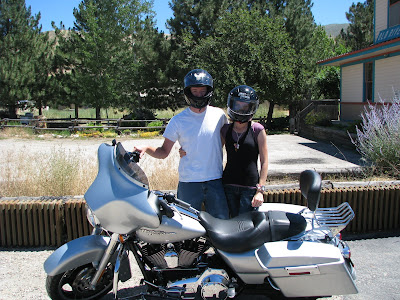 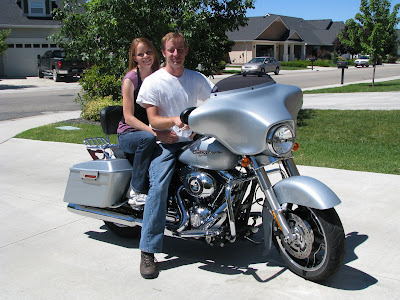 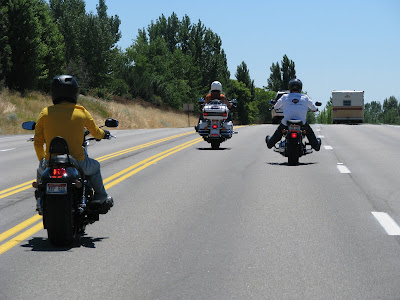 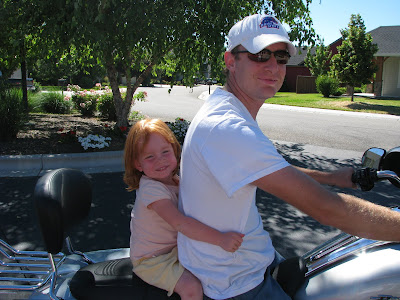 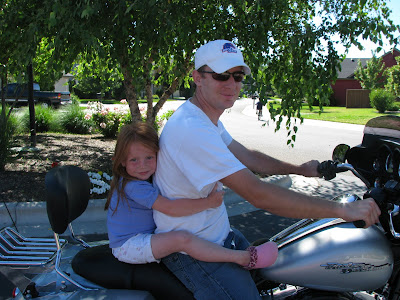 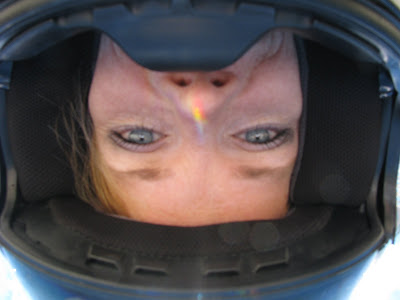 Stephanie said…
I can understand how you feel, but sometimes, you just have to do something a little dangerous. :O)
July 27, 2010 at 6:11 PM